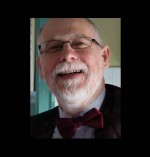 Bio
Neville Buch has published several papers in an international reference book on historic places and history conference publications. In recent years he has provided clients with research reports on a wide range of historical topics, including a pastoral company history in the 1920s, teaching appointments in central Queensland, and the several family histories across Queensland.

Between his honours thesis, Ph.D. thesis, and recent research work, Dr Buch developed a depositary of historical data and analysis on Protestant religious institutions in Queensland over the last hundred years. He has a specific research interest in the secularization of belief through institutional practice and the loss of conceptual meaning in religiosity.

Recently he has been working in the field of Queensland Catholic history, writing two books, on St Thomas More College, and the Knights of the Southern Cross (Queensland).

Dr Buch serves as the e-Bulletin editor and a Management Committee member for the Professional Historians Association (Queensland). He is the Chairman of the Sunnybank District History Group, and Project Manager for the Mapping Brisbane History Project.

A History of St Barnabas’ Church, Red Hill – A Church in Society Through the Years. October 1999.

Preliminary Conclusions in the Search of Philosophical Grounds for Contemporary Unitarian Identity. The Journal of Liberal Religion. Volume 3, No. 2, Summer 2002.

American Influence on Protestantism in Queensland since 1945, Ph.D thesis, Department of History, University of Queensland, August 1994.

Protestant Churches and their Attitude to Public Issues in Queensland 1919-1939, Honours Thesis, Department of History, University of Queensland, November 1987.